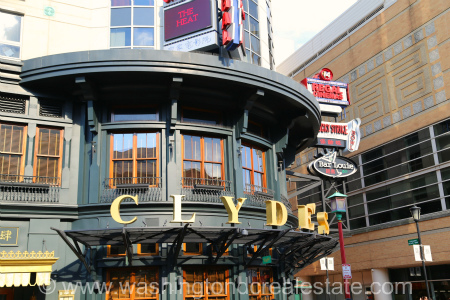 Downtown Washington, DC, has experienced explosive growth in the last decade transforming it into a sophisticated 24 X 7 neighborhood.  The official definition of “Downtown” includes the central business district spanning Penn Quarter/Chinatown as well as the Mount Vernon Triangle neighborhood in the northwest quadrant of the city.  The Verizon Sports Arena, located in Chinatown, opened in the late 90s, drawing more than 20 million visitors in its first ten years and spurring the development of a number of eateries and more cosmopolitan restaurants in the area.  The completion of the CityCenter development on 9th Street added additional retail and commercial space as well as some 1000 residents in new upscale condos.

In addition to a vibrant nightlife and busy office complexes, the Downtown area is also home to a number of attractions, including the Ford’s Theater, National Portrait Gallery, the National Archives, and the National Aquarium, to name a few.

The Downtown neighborhood is bounded by Massachusetts Avenue to the north, Constitution Avenue to the South, Louisiana Avenue to the east, and H and 16th Street to the west.  The area is served by six Metro Stations on different lines.