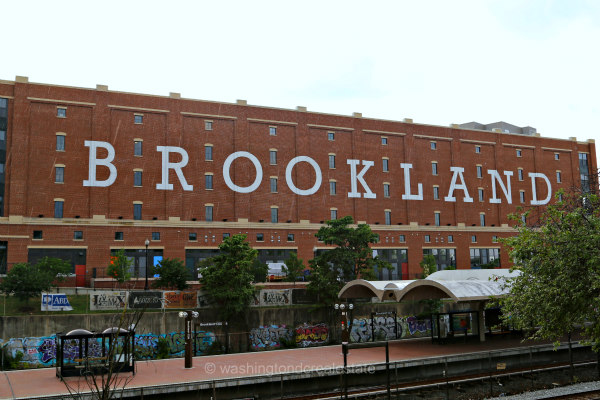 Located in the Northeast quadrant of Washington, DC, the Brookland neighborhood combines “small-town” appeal with affordable homes and a vibrant business corridor.  Brookland is also home to Catholic University which has served as a magnet not only for religious institutions but for new restaurants and retail outlets to satisfy its active student population. Read more about Brookland

Monroe Street Market is the latest mixed-use development to open in Brookland, delivering additional housing options to the area. New restaurants have also opened alongside more established eateries along 12th Street NE, the heart of the community’s business district.  Renowned for its “walkability,” the neighborhood is the site of a future extension of the Metropolitan Branch Trail which will take bikers and walkers along a scenic, eight-mile expanse.

The close-knit Brookland residents take part in annual community events which include a house and garden tour, a fall festival, and an annual garage sale, as well as musical and cultural festivities. Many of Brookland's homes were constructed during the post-Civil War boom and include an eclectic mix of Queen Anne and Craftsman style architecture.  Options range from one bedroom/one bathroom condos to spacious and meticulously designed single-family homes.

With boundaries that extend from 9th Street to the West, South Dakota Avenue to the east and Rhode Island to the south, Brookland is also appealing because of its ease of reaching Downtown DC.  Served by the Brookland-CUA Metro Station on the red line, Brookland is also close to other neighborhoods, including Edgewood, Brentwood, University Heights and Michigan Park.  A northern panhandle extends Brookland’s borders northward to Taylor Street between 14th Street and South Dakota Avenue.