Why Shaw is the Most Colorful of DC's Historic Neighborhoods 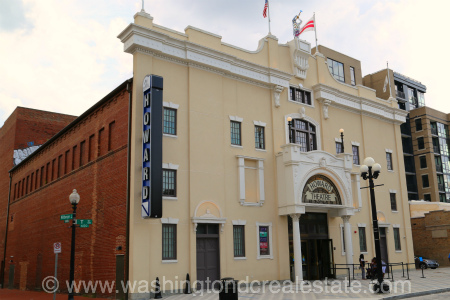 A Haven for Escaped Slaves

Of all of DC's historic neighborhoods, the Shaw community has perhaps one of the most colorful and storied pasts. Shaw started out as a haven for escaped slaves during the Civil War -- evolving into the Black Broadway at the turn of the century -- suffering devastation with the 1968 riots -- and then roaring back in the 1990s with the construction of the Metro and new Convention Center. Much of Shaw's identity is as the "heart of black Washington." Indeed, Shaw is named for Colonel Robert Gould Shaw, who led the 54th Massachusetts Volunteer Infantry, one of the first black units during the Civil War. A number of Union army camps set up operations in Shaw during the War to accommodate the escaped slaves who had made their way north to DC.

Development of the area later exploded in the late 1860s along the 7th and 9th Street area with the arrival of the streetcar, giving rise to a diverse mix of commercial businesses as well as arts and theatre. The recently restored Howard Theatre played host to such legends as Duke Ellington, Ella Fitzgerald, Pearl Bailey, Sara Vaughn, Lena Horne, and many others. Duke Ellington, and writers and artists such as Carter G. Woodson, and Langston Hughes all made their home in Shaw, giving rise to a flourishing arts and music culture there in the early 20th century. The community established a number of schools, churches, hospitals, and a university to serve the large African-American population living in the area.

The Coming of the Convention Center

As with many DC communities, Shaw lost a lot of its commercial activity with the disappearance of the streetcar in the early 1960s as well as the devastation following the '68 riots. During the 1970s and 1980s, Shaw was characterized by boarded-up buildings, overgrown vacant lots, and crack houses. In 1991, the completion of the construction of the Green Line and accompanying stations in the core of the neighborhood jumpstarted the growth and revitalization that would distinguish the neighborhood for decades to come. In 1997, developers broke ground on what would become the $850 million Walter E. Washington Convention Center with its panoramic views of the DC skyline as well as its 1 million visitors a year. In the wake of the new convention center, many longtime residents saw as much as a 300 percent increase on property tax assessments as well as generous buyouts for "as-is" properties.

Today, Shaw is a vibrant neighborhood that has been the recipient of millions of dollars invested into new businesses and residential construction projects. Long abandoned homes and buildings have been renovated or completely rebuilt as smart, contemporary lofts and luxury condos. Playgrounds have since replaced the used car lots and crack dens that once blighted the neighborhood. Shaw boasts two Metro Stations - the Mount Vernon Square and Shaw-Howard U Station -- transporting a number of visitors and commuters. After completion of a $29 million renovation in 2012, the historic Howard Theater is once again bringing in top performers and events as well as crowds to the 600 block of T Street, NW. The award-winning Watha T. Daniel/Shaw Neighborhood Library, which opened in 2010, brings in more bookish crowds but offers a peaceful respite from the buzz of the city. The Kennedy Recreation Center is a community-owned asset that offers basketball courts, a baseball field, children's playgrounds, and a tennis court, in addition to other facilities to enhance the overall quality of life.

With all of these new amenities and Shaw's convenient access to Downtown, it's no wonder Shaw has taken its rightful place as one of DC's hottest communities.