Where To Brunch In Cleveland Park 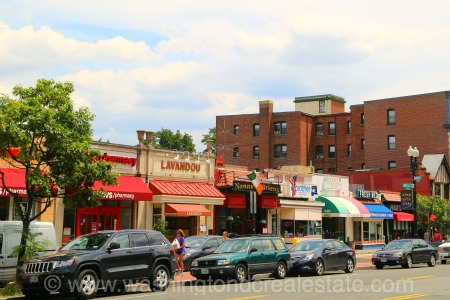 The next best thing to a lazy breakfast in bed is brunch.   While Cleveland Park boasts a lot of restaurants, it’s not necessarily known as a brunch mecca but here are two local favorite hot spots when you just gotta have a good brunch.

Ted’s Bulletin – located at 1818 14th Street, Ted’s is known for “legendary brunch” meals, including creamy “adult milkshakes” and home-made pop tarts (raves to the Peanut Butter version of everyone’s favorite childhood treat).    The pop-tarts and other baked goods are sold up-front – the restaurant aspect of Ted’s takes the form of a retro diner.  Menus are “ the bulletins” referred to in the “Ted’s Bulletin” moniker.   If you take a minute to read the bulletin, you’ll learn who the original Ted was,  while perusing favorites such  the “Walk of Shame”  Breakfast Burrito and the “T.U.B.S” – Ted’s Ultimate Breakfast Sammy which includes a mix of egg, sausage, bacon and cheddar with hash browns on the side.  Diners cite the generous portions and super-friendly staff as the reasons they keep coming back.

Ardeo + Bardeo – if it’s a champagne brunch kind of day, then Ardeo + Bardeo is your place, located at 3311 Connecticut Avenue.  For $28, you get the “bottomless mimosas,” an appetizer and entrée – a pretty good deal for the price.  Even though you may have hated brussel sprouts as a child, the veggie has seen new life recently as the star of the Ardeo appetizer line-up.   Served with pistachios and feta, it’s exceptionally flavorful.  The Poutine is another favorite – french fries sinfully covered in pimento cheese and andouille gravy.  And, according to regulars, the “bottomless” adjective is extremely accurate in describing the constant Mimosa refills and attentive service.

Our Top 5 Family-Favorite Neighborhoods in DC

Those considering making a move to the DC area have several exceptional neighborhoods to choose from. While some cater best to singles, couples and ...Read More