Where is the Best View in Washington DC? 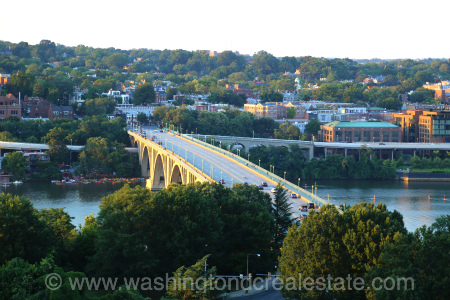 Many DC residents hotly debate exactly where the best view in Washington D.C. is -- and for good reason. Because of DC's height restrictions, the city has an open air feel with a number of rooftops providing sweeping views of the green spaces and landmarks around the city.  Below is a list of some of the best vantage points.

POV at the W Hotel

The rooftop bar at the W Hotel in the Penn Quarter is one of the best spots to see the city and be seen as well -- in fact, the bar is known for its frequent sightings of celebrities, politicians, and socialites.

Situated along the Potomac River in Alexandria, the former home of George Washington features scenic views of the 500 acres of rolling hills that comprise his estate, including former farmlands and gardens.

Long touted as one of the more romantic spots in the city, the view looking out at the city from the Lincoln Memorial is incredibly serene, especially at night. This building provides a backdrop for the reflecting pool, U.S. Capitol Building and the World War II Memorial.

Many will tell you the most spectacular view in all of Washington DC is from the Great Falls Park.   While the views don't extend to the cityscape, they do span some of the most beautiful natural landmarks in the area, including the namesake falls over the Potomac River.

Found in Rosslyn, Virginia, this memorial is one of the most popular places from which to watch the fireworks on the 4th of July.

As you look out from this dome-shaped memorial, you will see one of the most impressive views of the city, especially during cherry blossom season. The view of the White House from the top steps is particularly spectacular.