What Is the Best Neighborhood in Washington DC? 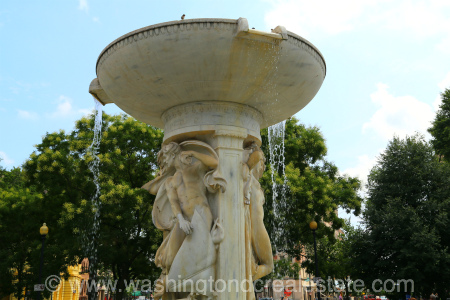 It goes without saying that Washington DC is the political hub of the United States -- as such it is a city that is known for loving a good debate or two (even amongst its residents). When determining the best neighborhood in Washington DC, it is shocking that amongst residents there is little (to no) debate – Dupont Circle wins almost every time.

In the past few years Dupont Circle has received a Walk Score of 97 out of 100. The neighborhood has also received a 91 transit score and a bike score of 90. Grocery stores, restaurants, quiet streets, bustling nightlife, lounges, and more can be found just by walking, biking, or driving around Dupont Circle. The neighborhood is rich in history and packed with embassies and other international institutions. If shopping along tree-lined streets, dining at some of the best rated restaurants in the city, or enjoying a night out at a local bar sounds appealing, then Dupont Circle is the place for you.

It is estimated that the current residential population of Dupont Circle is 14,000. Residents comprise a mix of young families, young professionals, graduate students, and a large international body.  Unless you happen to find an amazing deal, living in Dupont Circle can be quite pricey. Both rental and sale prices tend to be higher than the majority of Washington DC neighborhoods. That being said, if it is in the budget, Dupont Circle is certainly the place to call home.