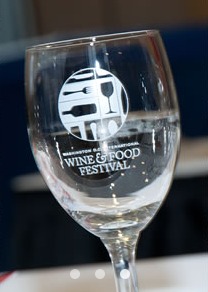 February provides a number of distinctive, non-sports events throughout the Nation's Capital.  Here's a sample list of some of the more notable happenings:

Enjoy wine tastings, food sampling and the massive marketplace at the Ronald Reagan Building and International Trade Center. Be sure to also take in the annual Sommelier Showdown and all the events throughout the weekend.

Celebrate the birth of the first President, George Washington, from 5:30pm to 11pm on February 16th. This event takes place at the Gadsby's Tavern Museum in Alexandria and will feature an 18th century banquet with toasts, character re-enactments, English country dancing and more.

The largest President's Day Parade will happen in Old Town Alexandria from 1pm to 3pm. This parade will feature all types of great displays and provides a look back into colonial times.

This luncheon cruise provides a DJ tribute to Duke Ellington, Roberta Flack, Diana Ross, Prince, Michael Jackson, Marvin Gaye and many other luminaries, as well as showcasing many moments in Black history. The cruise departs SW DC at 11am and costs $47.90 per person.

Enjoy the largest active adventure and travel show in the country at the Washington Convention Center with headliners Rick Steves, Samantha Brown, Pauline Frommer and others. This show is $10 online and $15 at the door.