Here's Why Evans Farms in McLean Combines Luxury and History 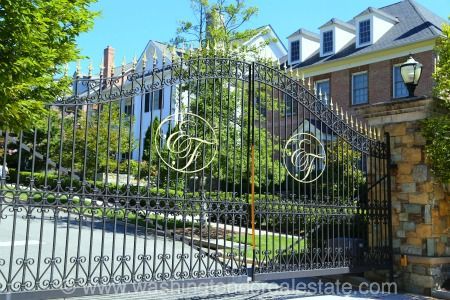 Evans Farm in McLean, Virginia, is a signature example of a luxury community that has successfully preserved its historic past while ensuring the existing trees and other natural elements in the community continue to flourish. The design specifically called for the integration of these structures into the site plan. The developers went even a step further in enhancing the pond, Millhouse and Stonehouse, with new plantings to encourage use of the landmarks as gathering places for residents and the public at large. The development plan also provided for affordable housing. Today, Evans Farm consists of 68 town homes, 44 single family residences, 13 condos and 18 affordable units.

Creating a Sense of Place

Reminiscent of a small European village, the community is distinguished by winding, narrow streets, brick courtyards and stone accents. 31% of the community is open space with pocket parks scattered throughout the community for enjoyment of residents and the general public. A stone mill, a remnant of the property's former life as a working farm, overlooks a quiet lake fringed with red oaks, American beeches and southern magnolias. Spacious, airy townhouses and condominiums are intermingled with single-family residences throughout the quiet neighborhood. The developers designed the layout to encourage walking and "create a sense of place."

Protests Have Evolved Into Acclaim

A former plantation, the property evolved into an upscale restaurant, mill house and working farm, based on the vision of Bayard Evans, who bought the estate in the 1940s. For years, the farm and restaurant served as a popular attraction. When the Evans family put the property on the market in the late 1990s, hundreds of local residents protested the sale and proposed development of any new community. Those protests have since been silenced and largely forgotten some years later. In 2010 West Group and Elm Street Development won an honorable mention for historical/adaptive reuse in the 2010 Fairfax County Exceptional Design Awards Program.

In keeping with the community's lush surroundings, many of homes boast luxurious details such as elevators, soaring ceilings, and distinctive moldings in generously proportioned rooms. The location is another draw. Located inside the Beltway between Dolly Madison Boulevard and Chain Bridge Road, Evans Farm is close to shopping and dining options in McLean and also a short ride to Tysons Corner and Downtown DC. The Potomac is close by providing additional recreation opportunities.