Here's Why DC is Rich with Millionaires 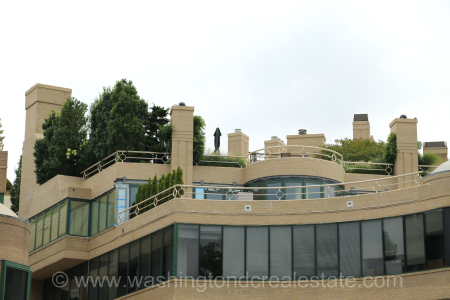 It's not enough to be the heartbeat of the government -- the nation's capital is also one of the more affluent regions in the nation. According to a recent Capgemini study, Washington, DC, ranks #4 for high net wealth individuals with more than 221,000 individuals claiming assets of a million dollars or more, excluding real estate holdings. New York is home to the most millionaires in the U.S. with 894,00, three times as many as LA, which came in second place. The number of Washington millionaires grew by 15.6 percent in 2014 while the net worth also rose by 19.3 percent. New York, Los Angeles and Chicago came in first, second, and third, respectively for the nation's richest individuals while Washington beat out San Francisco, Boston, Houston, San Jose, and Dallas.

One theory on why DC continues to outperform other regions, despite its relatively small geographic area, is that DC didn't suffer through the recent recession the way other regions did. The federal government and military, while not immune, didn't make any major cuts in workforce in stark comparison to industries such as finance, healthcare and technology. Some of the more "moneyed" positions that are somewhat unique to DC include high-profile politicians, lobbyists, consultants, and government contractors. And, where do DC's millionaires live? Not surprisingly, DC's elite flocks to luxurious townhouses tucked away in Georgetown, Capitol Hill and mansions nestled in the rarefied airs of Kalorama. According to the Washington Post, DC is also home to 16 billionaires although it's not clear if the billionaires also live in Georgetown and Capitol Hill or make their homes in other posh neighborhoods.