Barracks Row is a five-block stretch of Eighth Street, SE, in the Eastern Market neighborhood on Capitol Hill that has seen its fortunes dramatically change for the better since the late 1980s and 1990s. Once dismissed as a seedy area to be avoided, Barracks Row is now home to families and an eclectic collection of small, thriving businesses, restaurants, and bars. Just a short walk from the Capitol, Barracks Row is increasingly known as "the place" for Capitol Hill staffers to grab a drink following a long day and for anyone looking for good food and nightlife. The Barracks Row commercial roots are well-established. Because of its proximity to the Washington Navy Yard, established in 1799, Barracks Row evolved into the oldest commercial district in DC.  In 1801, Thomas Jefferson installed the Marine Corps to assist in protecting the Anacostia River, positioning the Marine Barracks as the center of the strip. This didn't preclude Barracks Row from sliding into a decades-long decline which started after WWII, culminating in the riots following the assassination of Martin Luther King, Jr., in 1968.

Much of the Barracks Row transformation is due to the efforts of home owners and small business owners who banded together in 1999 to form the Barracks Row Main Street Group. The group has done everything from replacing worn sidewalks to replanting trees and flowers and continues to take an active role in the neighborhood's growth today. Hill Center at the Old Naval Hospital is a monument to the revitalization efforts of the group. The imposing structure once housed Confederate soldiers taken prisoner during the Civil War and later served as a training school for sailors to learn nursing skills before serving as a home for retired seamen. Today Hill Center is home to a a number of recreational, educational, and cultural programs that contribute the vibrancy of the neighborhood.

The small supply of housing stock has also seen its value change with properties in 2014 selling in the $300,000s to upwards of $2.85 million.The adjacent residential side streets feature lovingly restored early 20th century townhouses sporting bright colors ranging from red, green, and orange and the ubiquitous front porch or stoop from which neighbors can take the pulse of the neighborhood. Barracks Row also boasts a small collection of so-called "shotgun" homes where the front door and back door are aligned so that you could in theory shoot a bullet in the front door and out the back.

Favorite eateries range from The Ugly Mug, the avowed best place for a pre-Nationals game burger and beer from one of the 20 selections on tap -- to fresh oysters and cocktails at Senart's Oyster Bar and Chop House. The Banana Cafe serves Cuban and Puerto Rican fare with a live piano bar upstairs and is considered the best "happy hour" by many Hill staffers. Fusion Grill combines Asian entrees from around the world with an assortment of beer, wine, and fruity cocktails including the popular Fusangria Sake. And, of course, Rose's Luxury, Bon Appetit's "Best New Restaurant" in America also makes its home in Barracks Row. Nightlife is not the only draw of Barracks Row. Some of the small businesses lining the street offer fresh sushi, cupcakes, and upscale wine selections. Homebody, a purveyor of stylish urban home goods, stocks umbra frames and Bodum coffee and tea supplies, as well as a sleek collection of couches, and small tables.

Regardless of your tastes, Barracks Row offers something for everyone and increasingly is becoming a distinctive addition to the DC Scene. 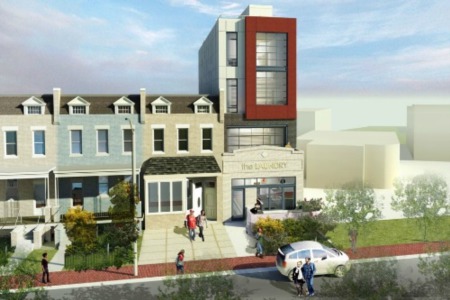 Recently, the DC area has seen a spate of church and school sites repurposed as part of innovative new redevelopment programs. The Maples and The ...Read More 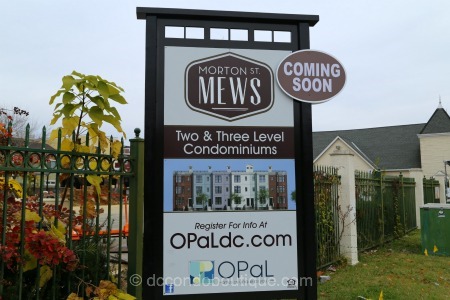 Developer OPaL LLC is resurrecting (pun intended) the site of a former church and religious property at 777 Morton Street, NW in Columbia Heights in ...Read More