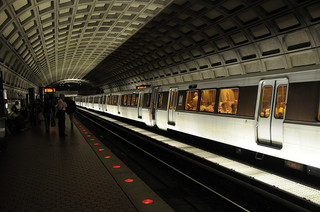 The next generation of railcars is here and Washington Metro will soon deploy the 7000-series, which is reportedly designed with better customer convenience, safety, and reliability in mind.

The first 7000-series train in Washington D.C. will be eight-cars long and is expected to be in service later this year. The city plans to replace approximately half the current fleet with these newer railcars by 2018 and eventually will replace all of the current railcars.

Features of the 7000-series railcar include:

All of these new features will make for a more comfortable and convenient ride for those using the new 7000-series train.

Washington Metro is the much touted subway system for the city of Washington D.C. This system provides reliable, safe and clean transportation to nearly all major attractions throughout the city and the surrounding suburbs in both Virginia and Maryland. The system comprises five lines including:

The subway system opens at 5am during the week and 7am on weekends. It runs until midnight, Sunday through Thursday and until 3am on Fridays and Saturdays. Fares range from $1.70 to $5.75 and the SmarTrip Card provides discounts for regular riders.