Are There Any Haunted Places in Washington DC? 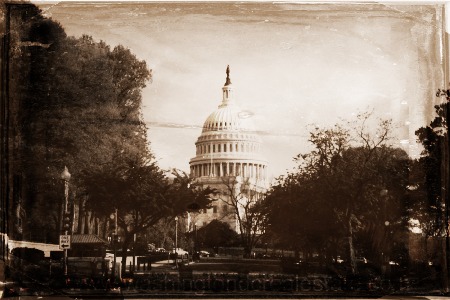 Washington, DC, is home to a number of historic homes and buildings that have so-called "dark pasts" and are rumored to be haunted by disgruntled spirits of a bygone era.  Here's a quick list of of those creepy places:

The Walsh Museum on Dupont Circle, now the Embassy of Indonesia, is reportedly haunted by the ghost of Evalyn Walsh McLean.  As the last of the family to live here, Evalyn was the recipient of the infamous Hope Diamond as a gift from her husband but still died with significant debts.  To cover these costs, the home was sold to the Government of Indonesia in the early 50s but Evalyn apparently never left the premises.  Her spirit has been seen gliding down the mansion's central staircase on a number of occasions.

This building has prominently figured in many horror movies and was built on an old burial ground. Many believe the building is haunted by Marian Hooper Adams because she committed suicide here after her beloved father died in the late 1880s.  Guests report strange goings-on with locked doors opening and closing, clock radios turning on and off, and the whisper of Marian's signature scent, the mimosa.

The Capitol may be the most haunted place in the city. People have reported ghost sightings since the early 1800s and even before the building was completed. Many of the apparitions are supposedly the spirits of construction workers and stone masons who died while completing work in the building.  Other ghosts include former congressmen and the unhappy spirit of Pierre L'Enfant, the architect and planner of the City of Washington.  While many of L'Enfant's plans endure in the beauty of the city today, his plans were never fully adopted.  After President Washington dismissed him, he died in poverty, still attempting to wrest a last monetary payment from Congress and is sometimes seen wandering through the Capitol, muttering to himself.

Other haunted places in Washington D.C. include: