An Old Building About to be Restored 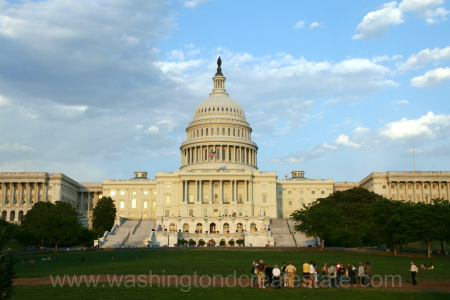 The iconic Capitol dome in Washington, DC, has been scheduled for restoration for some time now. 1,000 cracks in the dome, along with other structural issues, were identified as part of the project.  Interestingly enough, no work has been performed on the dome since 1960.   Construction will largely be completed at night so that visitors can continue to access the building during the day.  Completion is estimated by early 2017.

About the U.S. Capitol Building

Located at the eastern end of the National Mall, the United States Capitol is the seat of the legislative branch of the U.S. federal government, including the Senate and House of Representatives.  Similar to many of the other government buildings, the Capitol was constructed in 1800 in the neoclassical style with a white exterior and imposing columns.The interior comprises 540 rooms across different levels.  Many Congressional offices are on the first floor with the chambers of the House of Representatives on the second floor and the Rotunda under the dome. The third floor is open to visitors who want to see Congressional sessions in action. Other offices and machinery rooms are housed on the fourth floor.  Along with the building itself, the grounds include six additional office buildings, three Library of Congress buildings and more than 100 varieties of trees and bushes. The Capitol is home to the U.S. Botanic Garden which is the oldest in the country with thousands of species of flowers.

A tour of the U.S. Capitol building is a necessity if you're new to the area. Tours are free, but you will need a ticket. Tickets are available from 8:45am to 3:30pm Monday through Saturday and tours can be booked online as well. Tickets are limited and given out on a first-come, first-serve basis daily.